Freedom of association is one of the fringe benefits of a constitutional democracy like ours. There are of course limits: one cannot establish an association that aims to, say, assassinate the Queen, to promote terrorism, or to collect funds for the public hanging of Geert Wilders.

Martijn is an association that finds itself in the twilight zone between what is legally permitted and morally acceptable. Martijn is a club that wants to make sexual relationships between adults and children debatable and probably also negotiable. In a way, one could say that Martijn promotes pedophilia, and there are laws against that.

There are obviously a lot of people in the Netherlands who consider Martijn and all of its members a bunch of perverts. We do not disagree with them. But recently, Martijn has become the subject of a witch hunt, and that inspired writer Anton Dautzenberg to become a member.

Dautzenberg made headlines in March when it appeared that the three interviews with heavy metal musician Ian Fraser “Lemmy” Kilmister TV-station VPRO published in its magazine were pure fantasy. When the truth came out, Dautzenberg explained that he intended to examine the theme reality by drawing attention to it, manipulating it, transposing it, multiplying it and neglecting it. The editor in chief of the VPRO-magazine was not amused, but he forgave the author, saying that his magazine was open for experiments.

Now the same Dautzenberg has earned himself a couple of death threats because he dared joining Martijn. Not because he is a pedophile, but because he is convinced that dialogue yields better results than smashing windows and threatening people.

If you do not take part in the witch hunt you are suspect and a pervert as well, Dautzenberg muttered after he received the threats.

Dautzenberg is critical of Henk Bres, the man behind a petition drive against Martijn. He collected about 68,000 signatures so far. The writer accused Bres of maintaining double standards, given the fact that Bres used to operate a sex club.

On his blog Dautzenberg wrote in July: “I hand it to you, to report honestly about your fantasies and wished, wanting to talk about it and be prepared to give account, and then be declared the outcast of our society. A whole army of outraged Dutch is waltzing over them, over our boys and girls of Martijn, led by one of the dumbest people in the Netherlands, working class boy Henk Bres who was made famous by the Vara TV-station.”

Dautzenberg is now under threat for voicing his opinion. Mind you, the writer has, to our knowledge, never indicated that he supports the goals of Martijn. He simply says that it is always better to talk than to revert to violence. Dautz has a point there.

The public prosecutor’s office finds itself in uncharted territory with Martijn. In June the position was not to prosecute Martijn, because an exploratory investigation indicated that there are no possibilities to prosecute the association.

A spokesman for the Dutch prosecutor’s office said that there is a lot of unrest about abuse and that it is therefore important to get clarity fast.

Even in the Netherlands the term fast is relative: a court in Leeuwarden will deal with the article-12 procedure on September 28.

Anton Dautzenberg in the meantime, will have to deal with the fall-out of his provocative Martijn-membership. So far, he has “only” been threatened. That’s bad enough, and we sure wish that things don’t spin out of control. That would be a serious blow to the cherished freedom of opinion. The freedom of association however, may be narrowed down a bit when the court rules on the article-12 procedure in September. 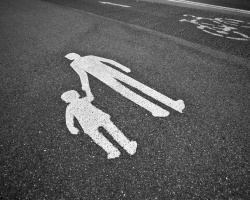 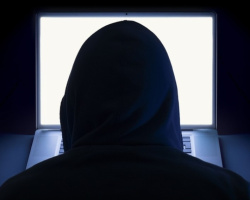 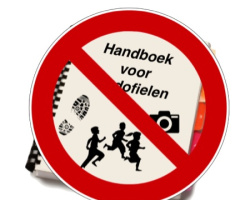